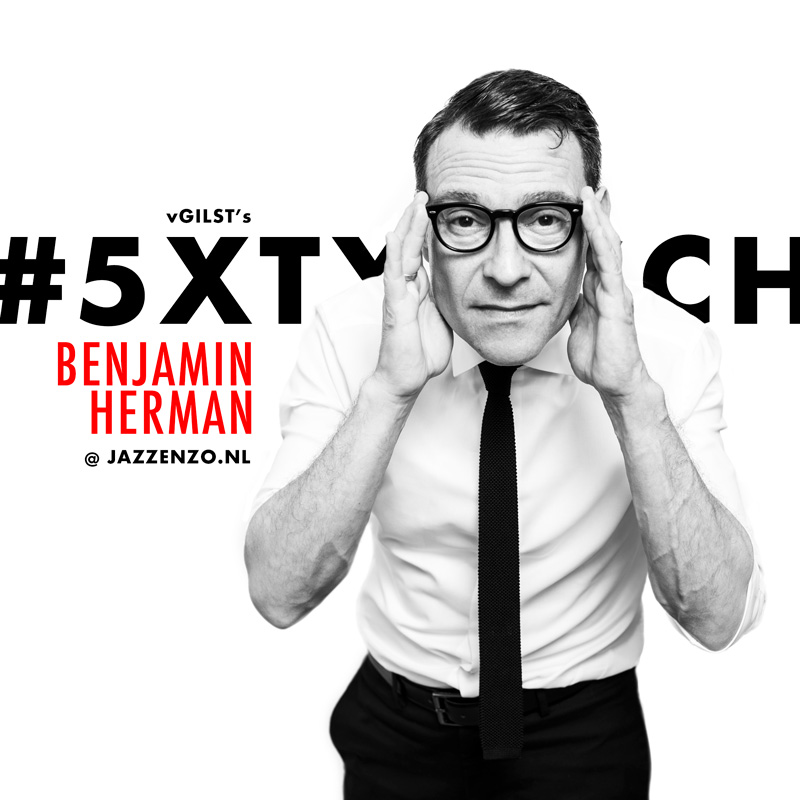 "Play less notes. I've been trying to do it all my life." - Benjamin Herman (saxophone)

One of the most beautiful things I ever heard on saxophone is Benny Carter. An amazing saxophonist with a heavy personal style. How he plays the theme of 'August Moon'... I try to imitate. He uses his sax in a way I bet you've never heard. I was flabbergasted. That someone can get this sound out of a saxophone!

I don't know if it depends on the way it was recorded or the space in which it is played, but his sound almost sounds like a viola and I find that very special. Every time I play the song myself - I also recorded it with Robin Nolan - I do my best to approach it. The theme from this song meant something very important to me at one point. It is a challenge to imitate and incredibly instructive.

I find the rest of the song pretty boring. You could say it's all about the first eight bars. I advise every saxophonist to listen to this.

I am still grateful for the tip I got from David Sanborn. He once mentioned his favorite track in an interview. "Don't cry baby" by Hank Crawford. Crawford was in a band with Ray Charles,  a terrible virtue and hardcore stoner. He was popular for a while and at some point - most likely due to drugs - fell into oblivion. Nevertheless, Sanborn came with this piece. A fantastic song in which Crawford takes long breaks between the notes he does play.

Play less notes. I've been trying to do it all my life. Occasionally it works. Most (alto) saxophonists fiddle across the whole thing. "Look what I can do." That's how it goes very often. A pissing match. The great thing about this recording is that Crawford shows the opposite. It is a big cliché but it is so hard to restrain yourself when you stand in a recording room and what you play is recorded for eternity. Or on stage with that thing in your mouth and people in front of you who think "Well, I am curious what he'll play now ...". You are quickly tempted to throw everything out of your sax. Playing nothing instead of a lot of notes, that has a big effect.

Lynn Hope was a rock and roll saxophonist. Fantastic. He really plays in a specific scene but his version of "Misirlou" is very nice. Mysterious. Unlike his rock-like songs, he plays this melody soft, airy, without vibrato. Crazy. I don't know which genre you could drop this into but I really like it. The best known version of this song is from guitarist Dick Dale and is used in Pulp Fiction. There are thousands of fantastic versions now.

I just think it's amazing how Lynn Hope takes the song and bends it in a completely different direction. I have the feeling that he has listened to the version of Leo Fuld. A great Rotterdam singer who was very big in America. Fuld's arrangement of the song is also different from normal. Strangely enough - and unfortunately - it is no longer available on the internet.

Fausto Papetti, also one of my favorites. He was maligned for not improvising and selling millions of records at the same time. His music was a kind of muzak for drinks. You have to google for Fausto Papetti and album covers. He has released hundreds of albums and just played hits.

You won't find improvisation in this song either, but how he plays the melody is beautiful. It features a twang guitar and a choir, organ, vibraphone, celeste, the right bass, the right guitar ... and in the meantime he just plays very nice saxophone. Amazingly beautiful sound. I'm always looking for things like this. Nice combinations in which you can place your saxophone, without it immediately resembling all kinds of other things.

JAMES CHANCE & THE CONTORTIONS  - CONTORT YOURSELF

Another interesting figure - also emerged from the 1980s - downtown New York; James Chance. He used to play under the name James White and the Blacks. Nice and politically incorrect. How Chance approached the saxophone is also quite unique. He played pretty badly. He actually couldn't play at all, but that's what I like about it. He makes his own music. A kind of death disco. A mix between punk, disco and old swing and he sang a little. All kinds of different styles that are not usually mixed with saxophone that quickly.

"On my computer I have a whole list of saxophone songs. Songs I find special. In terms of sound. What I can do with it. I  often use it when I give master classes. Many saxophonists approach their instruments in the same way, which means that everything sounds very similar. That is something from all times. If certain saxophonists are in fashion, everyone will copy that. Don't get me wrong, my heroes are true jazz players such as Coltrane, Rollins and Parker. Perhaps the latter the most. There are too many to list. But in terms of sound, how you approach an instrument, there is a lot to make a difference with. I think that's very important."