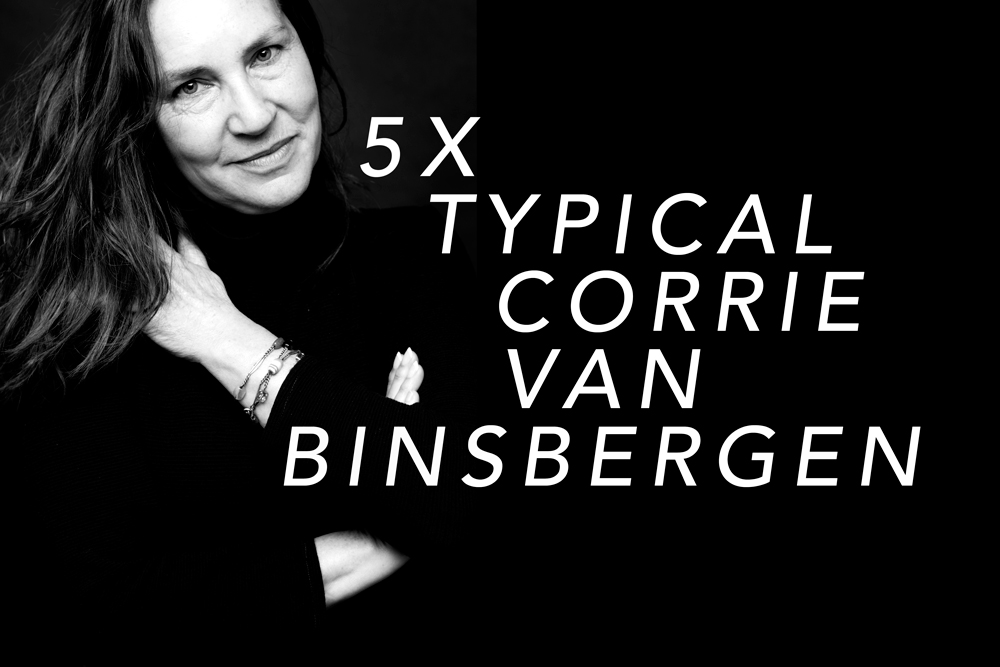 "Even the versions of the songs could change anytime. He had signs to communicate how he wanted to play something..." - Corrie van Binsbergen

A Case of You - Joni Mitchell

When I was 11 or 12 my brother was playing a Joni Mitchel record. Of course she played country and folk back then, but she immediately grabbed me with her piano and guitar playing. With every record she made she surprised me again. For example, I was crazy about Pat Metheny for a while. Exactly at that time she released her album 'Shadows and Light', which he also played.

Also the album that Jaco Pastorius played on came exactly in the right period for me. At that moment I was crazy about his solo album. That happened a number of times. We could say synchronously. That is why she has been with me all my life. So, she could not miss in this list. To me she is much more than a singer-songwriter. She is a composer, but perhaps even more an artist. She really makes albums. Her songs belong together, as if you were browsing through a photo album. It creates stories.

"Both Sides Now" I received a gift for my birthday from Angela Verploegen a few years ago. When I set it up at the time, it didn't really suit me. But I discovered it later. In particular the number "A Case of You". Magnificent!

By the way, I listen to a lot of different music. I also love Mahler, Stravinsky and Bach, but I mention Mahler in particular because the beginning of this song reminds me of his pieces. Maybe she sings an octave lower in this song. Even talking about it gives me goosebumps. It is a very beautiful classical love song and also beautifully recorded.

Till there was you (take 1) - Sonny Rollins

I used to think I didn't like jazz. Getting that on the highheads, Lionel Hampton, not my cup of tea. That changed! As far as jazz is concerned, I can name many songs for this list. But what I really love is Till there was you. I also listened a lot to Kind of Blue by Miles Davis and also loved Cannonball Adderley. They are just very good. Virtuoso, without that being the point. They play melodies. Beautiful melodies. I used it in the very first writers concert that I did, that was with Remco Kampert. I wrote music for his story "Like in a dream." In that story someone enters, completely in love. Struck by lightning. I immediately thought of the melody of "Till there was you." I thought, I could write something that looks a lot like it, but why would I do that if such a beautiful piece has already been written?

I am mainly a fan of jazz from this time period. I particularly like the saxophone sound to listen to. The way of playing is direct, melodic and repetitive. If a musician has something to say in music, I think that is a good quality. This number is an example of that, but of course there are many others.

Let's stay in jazz for a while, more free jazz. This is on an album with the cool title "Shape of jazz". Also something that I have listened a lot for a certain period. I find this song heartbreakingly beautiful. It really comes from the bottom, working it's way up. It fits with difficult times.

When I was just living in rooms I had a tape recorder. There where different kind of songs on it. From The Art Ensemble of Chicago to medieval music to Stravinsky and Bach. A crazy mix you could say. But I thought that was a nice way to listen. I always had music on. Much less now. Maybe that's because I started composing much more. You simmer much more in your head. Unless of course, you have to get rid of it. Sometimes you just get crazy about your own soundtrack. It's not that I don't play music at all anymore, but I play much less. If I am very busy, I prefer to watch a series when I am at home. It's amazing how quickly you get used to the new media. The first 10 years I lived on my own I had no television at all. And of course there was no internet. So I played music. Now that I have had a few days off, I notice that I play more. During cleaning, for example, I like to listen to flamenco or African music. Something with a little spice in it.

Of course, for me Zappa just belongs in any list. I played Zappa a lot between the ages of 14 and 18. I thought it was great. When I had to write a paper at the conservatory, everyone listened to Mozart, Schumann, Schubert, and I thought, why not Zappa? Seemed to be much more interesting. In 1984 you couldn't study jazz at the conservatory. Fellow students had hardly heard of Zappa at that time. They only knew him from bad texts. But it's so much more! Zappa has triggered me to start Grote Brokken. Just like me, he often plays in the low notes instead of the many other guitar players who prefer to play high.

I have listened to his records until Roxi and Elsewhere. That man kept producing. It was so much that at one point I lost track and put Zappa aside. A few years later I went to visit a friend of mine who was still a huge fan. I was allowed to bring a few CDs including "Make a jazz noise here". I thought that title was interesting so I thought; let me try again. I was immediately grabbed again. So good! Those horns! Totally awesome. That energy!

Zappa always had the best musicians around him. He achieved a lot in those years. The set list was never the same during a tour. Not even the versions in which the songs were to be played. He had all sorts of signs to indicate how a song should be played per moment. In a regular version or a new age version. He could let the rhythm section start a Reggae version with a sign of his hand. Ingenious. I would like that too. 3 months on a worldwide tour with a month in advance to be able to practice with all band members so we can play everything by heart to the last detail. But unfortunately we can't manage that any more at this time.

Fantastic guitarist. No ego tripper at all. I find it very tasteful. Sometimes too tasteful maybe, but sometimes he rattles on this album. I saw him once with John Storm in the old Bimhuis. And then I thought; Come on! play something rough, play something ugly! But he didn’t. And that’s ok. It's very nice to listen to Bill Frisell in the car. I’ve got a bunch of his records in the glove compartment.

You know, I listen to a lot of different kind of music. We are skipping a lot! I listen to Ellington. I love his arrangements. I also listen to African music. The time they take to make music is inspiring. I love the energy of Flamenco. And I almost have to laugh at virtuoso Fincente de Amigo. Het is great. Although he can be a bit kitch at times, too slick. I don’t like that too much but it’s the new flamenco.

I know I can’t include all music styles in this list but if we can put an extra classical piece in this list that would be great. The Sonata’s of Scarlatti. Beautiful! *whistles along. 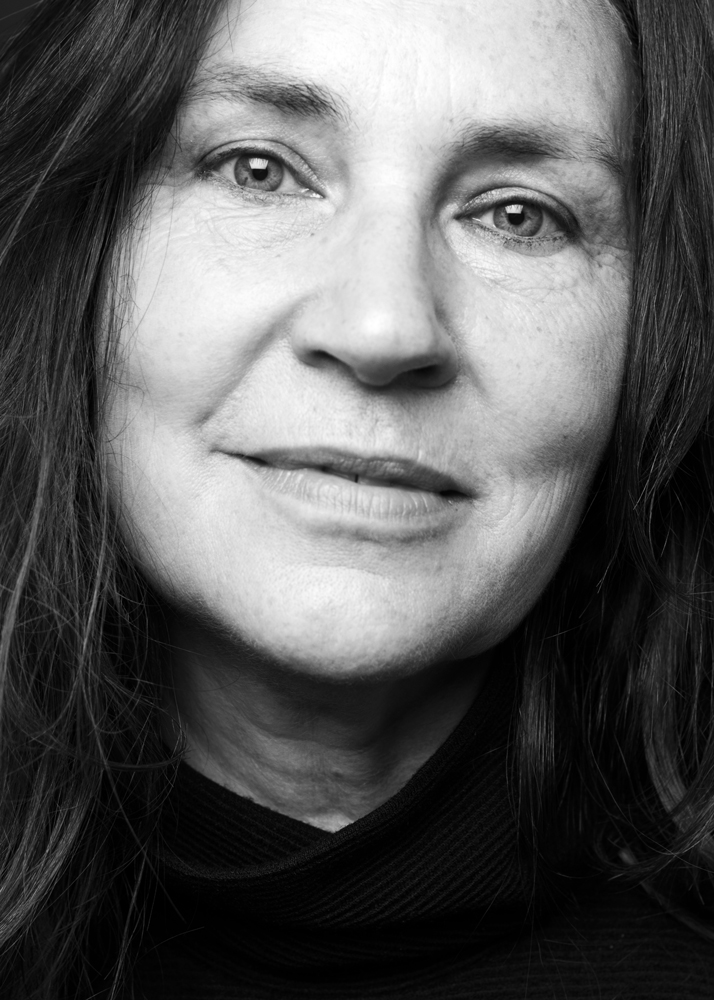 Corrie van Binsbergen is a composer, guitarist and leader of Stichting Brokken, with which she initiates cross-border projects. She became well- known with Corrie and the (Grote) Brokken. Stories and poetry have been important drivers in her career since 2000 and she collaborated with many writers such as Remco Campert, Kees van Kooten, Esther Gerritsen and Dimitri Verhulst. She has a permanent partnership with Toon Tellegen. Van Binsbergen received the VPRO / Boy Edgar Prize in 1999. In 2012, she was nominated for the Amsterdam Prize for Art in the proven quality category.