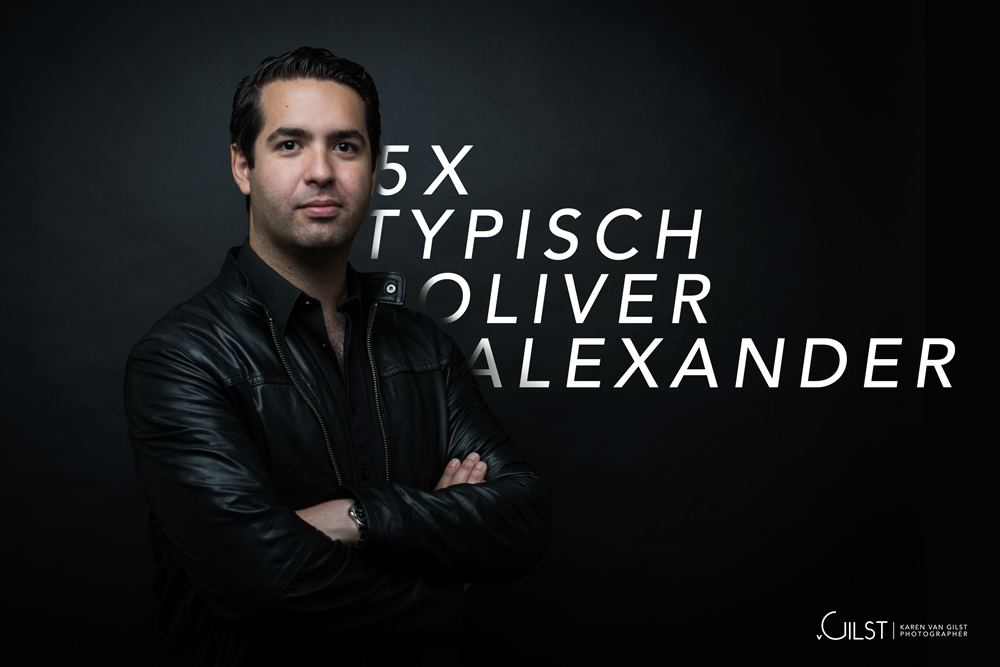 "When you want to see a movie, you just don’t start with the last scene. The same goes for ‘discovering' a new genre of music." - Oliver Alexander (singer)

Deep inside, all musicians are insecure creatures who regularly seek confirmation in many areas. The question I hear often, form myself and others, is “Why do I (still) make music?”.

Every musicians has a song that banishes that feeling almost immediately. For me, it’s ‘Gravity’ by John Mayer. If you look at it, it’s quite a simple song with a few chords and (someone told me) the shortest lyrics out of his repertoire. But then again, it hits me all the time. Less is more? The Live-version of the CD “Where the light is”, is even better! His magnificent guitar playing, the purity of his voice and the fantastic song that unfolds like a melancholic jam: that’s what inspires me to make music (as well).

As a ‘tuff-guy’ it’s not really excepted to show your emotional side. But I don’t care. Because some movies, books and music exist for the pure grace of lovely hopeless ecstasy listening. Aslyn is per definition one of my favorite artist by her album ‘Lemon Love’. But her song ‘Wally’, for me, is the ultimate heartfelt lovesong. In retrospect on eternal love with an autobiographical character. Listen and soften.

I think, between twenty somethings, there is some kind of taboo around spending an evening alone at home. If you tell your friends you like an evening to yourself, alone on the couch, they almost immediately ask you if your sure and if you rather want to do something with them. While it can be rather nice to have some peace and quiet for a change. To do the things YOU love to do and make it a party for one. Don’t think I spend half of my week on the couch now… but sometimes it’s lovely and inspiring as hell! Most of my songs are created at night. So, pure for this taboo, I wrote a tribute to “an evening at home”. Alone. Usually such titles mean having a handkerchief at the ready, but in this case it’s a "celebration of my own isolation". All that’s left for you to do, is hanging the garlands.

I Get A Kick Out Of You – Jamie Cullum

When you want to see a movie, you just don’t start with the last scene. The same goes for ‘discovering' a new genre of music. People who hate jazz often ran away after their first encounter with it, listening to some obscure instrumental bebop. They didn’t get the smoothest introduction to jazz a man can have. Bebop, for me, isn’t the start of listening to jazz, maybe not even instrumental jazz; singing makes listening to music  more accessible. In 2003 I heard a song by Jamie Cullum, his own version of “I Get A Kick Out Of You” by Sinatra. I was sold. From that moment on I listened more and more jazz, even the deepest caverns of free jazz (that’s when I knew my limit). So, when I try to ‘convert’ someone to jazz, the song of Jamie Cullum is where I start. It’s real jazz, but accessible. The ideal start for beginners…. and my personal favorite.

I’m by far a reincarnation of Michael Jackson, seriously. But when it comes to dancing I feel like him when I hear ‘Move Your Feet’ by Junior Senior. It’s my guilty pleasure. Play this song in a bar and I start moving uncontrollable and ridiculously. Exactly what this song is about, haha! It’s has to be hilarious to watch and after exactly 3 minutes and 1 second, the party is over. But in those seconds, I feel ultimately happy.