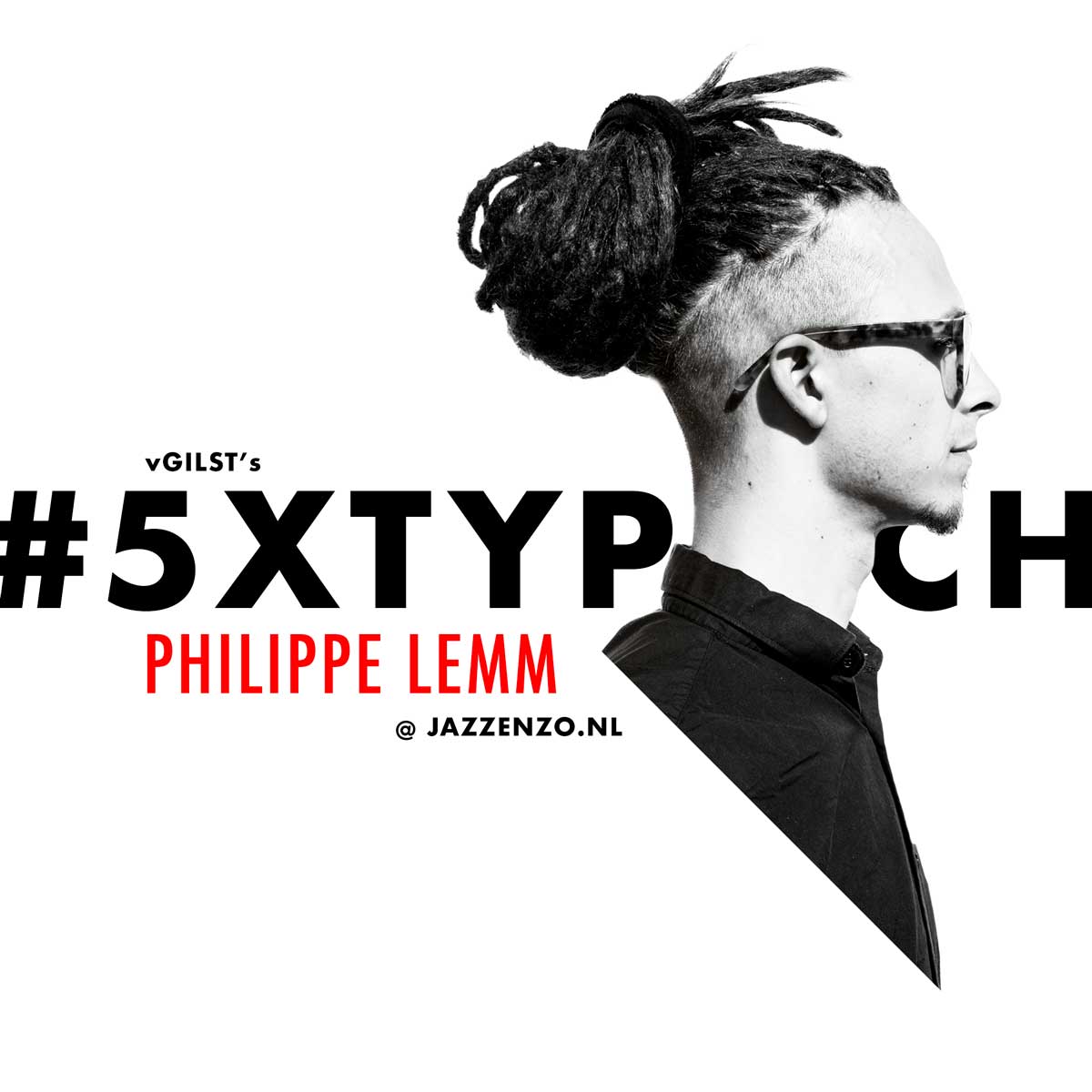 "As if you live in a kind of slow motion in relation to the world around you. Very nice.." - Philippe Lemm (drums)

DJ Shadow - “Building Steam With A Grain Of Salt”

When I just went to high school, I listened to trends such as Triphop and BigBeat. To DJ shadow. I really listened obsessively. He made beats with some sort of samples over it. That may not sound very high-flying, but the man himself is originally a drummer. He cuts and pastes the samples in such a way that the mixed sounds logical. If you are going to cut up beats as a drummer but still know where they come from mechanically, it still sounds organic.

I have no idea what this Bulgarian women's choir is singing about, but I think it is incredibly beautiful. When I first heard it, I had tears in my eyes. If you hear it more often, you cannot induce that first emotional experience, but I still remember my reaction very well.

The music is entirely vocal and the choir consists of 30 to 40 women, from young to old. They have shrill voices, rich harmonies, broad chords and clusters that are close to each other. Plus, they are pure. You can try to imitate it with instruments, but the expression of the human voice is so direct that it never sounds the same. You naturally get more emotion out of the human voice.

How do you explain that you like this and at the same time listen to DJ shadow?

I think that has to do with what you grow up with, my mother used to play a lot of Bach. I think his music, the Matteus in particular, and the choir in it, had a lot of influence on my taste in music. Much more than just jazz.

In addition, this choir sings very rhythmically. For example, they also have songs that are very Bulgarian, written in 11 and 7, songs who are very fast without the goal of appearing impressive.

Lettuce is an American funk band, jam band. It is a large group with a lot of wind instruments, organ, guitar and lots of energy. The groove is crazy. Something you really want to dance on. So James-Brown-contagious. And besides, the arrangement is perfect.

In my third year at the conservatory, I led a quintet under my own name. With Maarten Hoogenhuis (saxophone) and Eran Har Even (guitar), Dragen Chalina (piano) and Martin Holtafscki (bas). We had a modern jazz repertoire with which we released an album. But on tour, playing in the streets of Paris, we noticed that just a handfull of people wanted to listen to modern jazz. Outside, every second counts, your audience can walk away in no time. Which gives a kick if they actually stand still. So you respond to that.

Besides the fact that those guys were already good jazz musicians back then, we also liked to play Soulive, D Angelo, things like that. From Benjamin Herman we played "Cherry 2000". I think there is also a video that we are playing  "Nyack" in a bar in Paris and people are going completely crazy.

Brian Blade is one of my favorite drummers, for many reasons. He writes incredibly beautiful combinations between folk music - almost country like because of that slideguitar - and jazz.

This album was my first introduction to "conservatory jazz". Before the conservatory I never listened specifically to drummers. I never checked where the drummer came from or from where the music had grown. Listening to Brian Blade changed that. I wanted to know everything about him. I suddenly heard that the drummers I often listened to, for example Klaas van Donkersgoed, were also influenced by him. The later albums of this group, Perceptual for example, Landmarks, Seasons of Change, those records were perhaps better, but my first contact with this group was with this album and therefore means more to me personally.

Do you think that you are being influenced too much by the drummers you listen to?
‍
That is a difficult subject because everything comes from somewhere. There is a tradition behind drums, behind jazz. Every once in a while an old hand in the trade arises, very convinced that you have to master that tradition of jazz, the history, well before you can add anything new to it at all. Whether the new generation is only busy finding their own voice. They say they miss the roots of jazz. I understand that idea very well. But on the other hand, a lot has changed in the music industry.

There is little room for very traditional jazz music in the present time. The public and the industry now apparently prefer musicians with their own voice. Not surprising that musicians will conform to that wish. Can you name someone who gives a paid concert full of jazz standards? And sell well? It is very difficult for musicians to apply that learned tradition.

I once played this record while walking through the streets of New York. After listening to two songs through my headphones, I decided to skip the metro and walk all the way home instead. Under the guidance of this album. It was a  really amazing experience. New York moves very fast, everyone is busy and always in a hurry, this music has something that gives it a calm underlay. As if you live in a kind of slow motion in relation to the world around you. Very nice.

The band uses acoustic instruments. Drums, double bass and piano. The whole album, Dysnomia, seems like a long track of 45 minutes in which a long tension arc is built. It is repetitive but it contains very small things that shift, so you never hear exactly the same thing. It is almost hypnotic. It is also very clever in terms of rhythm. Like a clock with a lot of radars that eventually coincide but all have cycles that work differently.

Knowing that our attention span nowadays is no longer than 30 seconds, it is great to see that they keep attracting people. Bold too. 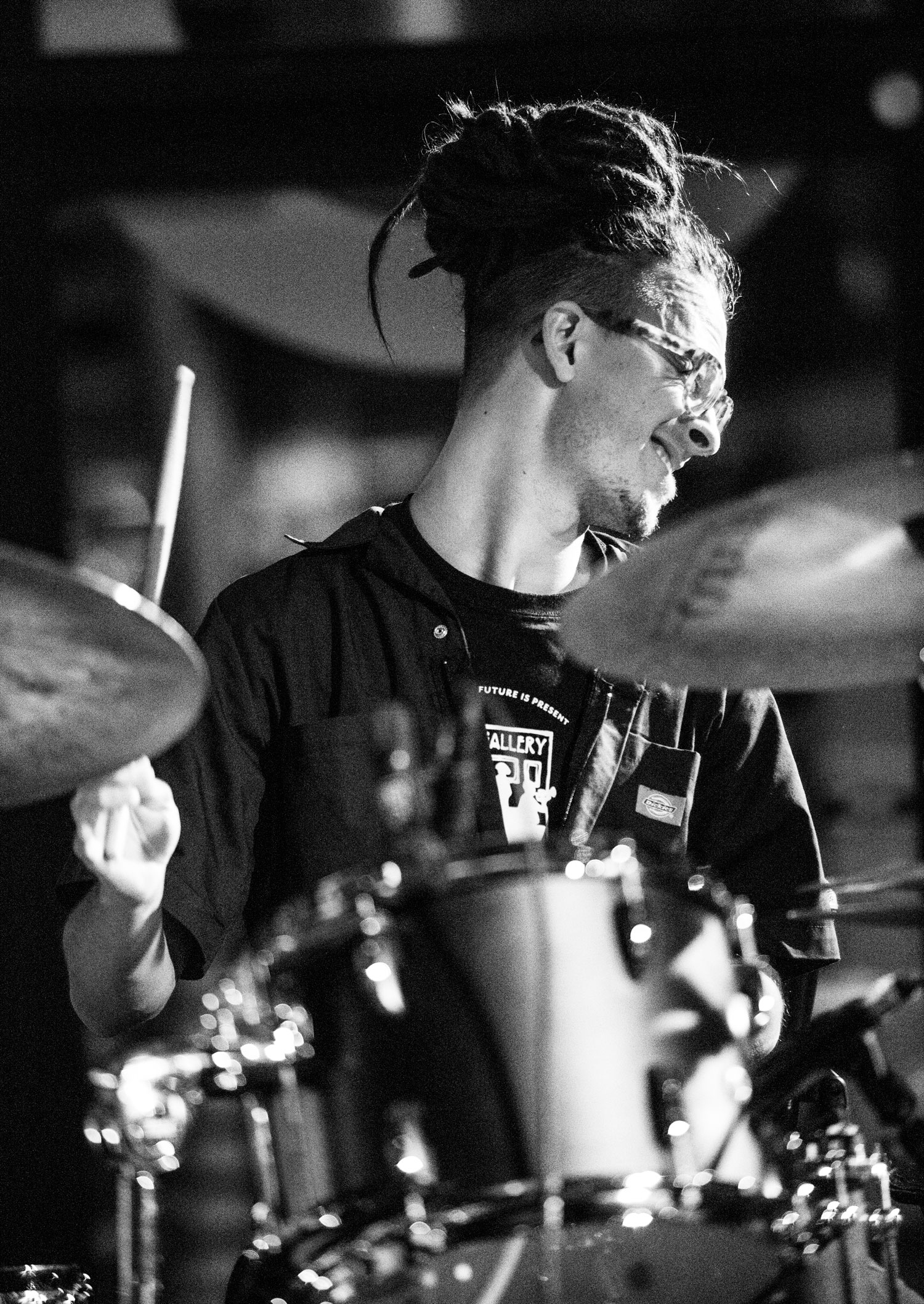 Philippe Lemm studied at the Conservatory of Amsterdam